Sorry to Ben and all at Newsfix but there is trolling I need to address. This will not happen again.

Sorry to Ben and all at Newsfix but there is trolling I need to address. This will not happen again.

The fake outrage surrounding Vicky's picture is like people pretending to hate Cheryl Cole because she once had a fight in a nightclub.
I wish what I had posted here had not been used elsewhere as more trolling fodder but yes I did once attempt to take my own life. I wouldn't do it now because the opinion of trolling fools who have nothing better to do than hurt others is irrelevant. But to all those who judge me so very harshly -

What about Vicky calling me a deformed pig who looked like a burns victim?
What about Faithy innocently wondering aloud if I had downs syndrome?
What about Holly , saying I was a crack addict living in a shared care home? It was all rubbish,  she spread the rumour for fun. Imagine the outrage if I said something like that.  Can't you see the ever prevalent double standard?
What about the "Fluffy's Family " thread likening me to  women with terrible facial deformities?
What about the threads and threads of pictures of monkeys in my honour as it was deemed I resembled a monkey by admin and guests alike ?
What about the fake Google page using my partners photograph and dragging his  real life into things?
To all the nameless judgemental posters on CM has any of the above ever happened to you? Would you like it?

In the end it just all got too much,  the constant insistence that I was deformed and I had a breakdown . Now I know I most certainly am not but the way I was treated was far worse than any pathetic claim that I somehow deserved all that.

Now for the trolling tales part 2.
Digger did ban me from CM,  her last post can be easily found. She said she was not letting me back for now and not to "hold my breath " for the future. Sounds like a banned member to me.
She allowed a fake impersonator to stir and involve Binny and told no one it was not me. If it wasn't for Syl people would think that poster was me to this day.

She told me she didn't like me prior to me leaving due to my past occupation. Digger didn't want me on there in the first place.  She told me no toxic pile ons from guests would be allowed. When her and I fell out that soon changed. She didn't like me but rather than simply ask me to leave she attempted to demonise me saying she had the "chat logs and a long memory".
Yes the private personal chats that were printed without permission or apparently a moral compass,  not a single statement from me was rude or  hostile on there.
My depression was documented though for all to see,  my house and front door were posted, the name of my doctor and surgery and my partners photo so everyone could make fun of him if they so wished. But sure Digger,  it was me who acted badly on CM. .!

Poca did nothing but jump all over me ditto Twizzler. I have done nothing wrong to either,  yet they are allowed to stir and insult as they please.
Budgie is still on Dogs saying I look like a stroke victim.He will learn of this and continue to maintain his stance. But I'm a far nastier person than him, of course.  Stooo, who made a fake guest post and pretended it was me later made a drunken post on CM using the same wording...outing himself! He is also a doxer.

Holly tried to liken me to Major,  Holly being the  person who stole a  photo of a model and pretended it was her. These people have not behaved better than me. They may be Admin but they lie with the best of them. Being an owner of a trolling forum or  Moderator does not an honest person make.
Legendary said the treatment I received was the worst he had ever witnessed, he knows he full extent of what I was put through. Do ask him if you don't trust my word and why would you.

To the owners and Mods  of Dogs and CM I am not  member of your forum nor will I guest post again. I am politely requesting you leave me alone. You can thank the trolling guests on  CM for this  reply.  I am not a prolific poster now, I post seldom and when I do it is here and will be about news based events.  Not forums. Kindly leave me out of your games, I am not interested,  I am tired of it all. It has zapped my energy , all the mind games and twisting of past events.  No thankyou.  No more.

Pretend I'm Satan incarnate if it makes you feel justified in insulting me but I'm  no worse than anyone else on these forums, pretending I am is just an excuse.
Real life had taught me some particularly hard lessons. I thought the opinions of forum strangers mattered because true hardship and grief had yet to enter my life. Now it has and I realise how transparent and pathetic name calling on forums is.
You think I'm an ugly sad shit stirring pig right?
Ok. Now what? Where do you go now, because I can't   even arsed to argue the point. Sure, that's what I am. And you're all perfect hiding behind vpn's judging someone you don't know.
Please just leave me alone.

I’m slightly confused as to the above but I’m sorry if internet trolling caused you pain. Remember they are only words on a screen and they can only hurt you if you give them power to do so.

Hope you have had some pancakes today. I’m about to make some. I use my grandma’s German pancake recipe  and her cast iron pan which always brings back good memories of her and how I loved her and loved her making them for me xx
_________________
Do you think you'll be the guy - to make the Queen of the Angels sigh? 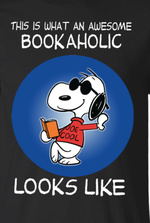 Goodness. Are you like this everywhere?
You want trouble to stop? then stop creating it.

Two things were very clear over on CM
1. you wanted to restart up old forum crap between CM and Dogs.
2. you were trying to drive a wedge between two good friends who also happen to be admin on CM.

Stop creating drama and the drama will stop. Its as simple as that.

lolly wrote:Goodness.  Are you like this everywhere?
You want trouble to stop?  then stop creating it.

Two things were very clear over on CM
1. you wanted to restart up old forum crap between CM and Dogs.
2. you were trying to drive a wedge between two good friends who also happen to be admin on CM.

Stop creating drama and the drama will stop.  Its as simple as that.

I don't know what issue you personally have with Fluffy but it is not relevant here.

Fluffy clearly had something she needed to get off her chest, and now she has.

You are welcome here Fluffy, I hope you can move on from whatever has gone on before.

I'll leave this thread open for the public, but I'm not going to allow arguments to spill over here, so I'm locking it now.
_________________
"The reactionary is always willing to take a progressive attitude on any issue that is dead" Teddy Roosevelt 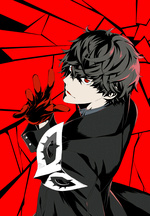 Okay fluffy, nobody here knows any of the posters you are talking about and really, we don’t need drama from other places, on here.
I appreciate you had a hard time but leave all that in the past and just try to put it behind you.

Everyone is welcome here and I’m not interested in old grudges. They’re just a waste of energy.
_________________
”The true genius shudders at incompleteness - and usually prefers silence to saying something which is not everything it should be.“
~ Edgar Allan Poe

This goes for Fluffy and lolly -- please leave your past quarrels on the forums where you had them. I don't like seeing people bringing up what's happened on other forums here.
_________________
"No tree, it is said, can grow to heaven unless its roots reach down to hell."

Page 1 of 1
Permissions in this forum:
You cannot reply to topics in this forum
Latest topics
» labour councillor and town mayor said Boris deserves it

» Know what my youngest daughter does?

Today at 2:48 am by Original Quill

Yesterday at 4:08 pm by Original Quill

» How do we have so many tents, yet so few masks?

» That dreadful hypocrite has resigned

» Animals are now getting COVID-19