The Canadian province in the grips of a mysterious brain disorder

The Canadian province in the grips of a mysterious brain disorder

MONTREAL — Forty-eight people from the same small Canadian province struck with a baffling mix of symptoms including insomnia, impaired motor function and hallucinations such as nightmarish visions of the dead.

A quixotic neurologist working 12-hour days to decipher the clues.

These are just some plot lines of a mystery that has stumped Canada’s medical establishment, attracted the attention of some of the world’s top neurologists and fanned fears among residents of New Brunswick, a picturesque province of about 770,000 on Canada’s Atlantic coast. In the past six years, dozens of people have fallen ill from the disease and six people have died.

Strange and scary. I wonder why it's so isolated?
_________________
“If we extend unlimited tolerance even to those who are intolerant, if we are not prepared to defend a tolerant society against the onslaught of the intolerant, then the tolerant will be destroyed, and tolerance with them.”

Re: The Canadian province in the grips of a mysterious brain disorder 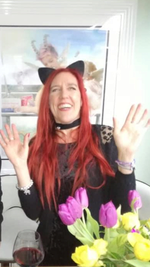