In order to avoid males of the species bothering them for sex, female dragonflies fake their own deaths, falling from the sky and lying motionless on the ground until the suitor goes away.

A study by Rassim Khelifa, a zoologist from the University of Zurich is the first time scientists have seen odonates feign death as a tactic to avoid mating, and a rare instance of animals faking their own deaths for this purpose. Odonates is the order of carnivorous insects that includes dragonflies and damselflies.

Khelifa had been collecting the eggs of odonates in the Swiss Alps for experiments into how temperature affects larvae. But over the two summers he spent there, he noticed unusual behavior among female dragonflies of the species Aeshna juncea .

In a study published in the journal Ecology, he wrote that on July 5, 2015 “while I was waiting at a pond near Arosa, at about 2,000 meter elevation, I witnessed a dragonﬂy dive to the ground while being pursued by another dragonﬂy... the individual that crashed was a female, and that she was lying motionless and upside down on the ground.

“Upside down is an atypical posture for a dragonﬂy. The male hovered above the female for a couple seconds and then left. I expected that the female could be unconscious or even dead after her crash landing, but she surprised me by ﬂying away quickly as I approached. The question arose: Did she just trick that male? Did she fake death to avoid male harassment? If so, this would be the ﬁrst record of sexual death feigning in odonates.” 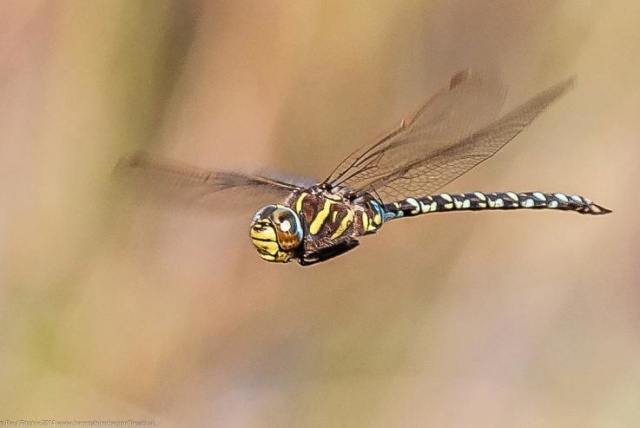 hmmm a lot of the females I have known adopted atypical postures...but it wasnt to feign death

For someone who only got a fleeting glance he seems very sure about the genders.

Maybe it was the female chasing the male & him playing dead?
Tho to be fair, it's after the deed that human males usually roll over & play dead, bless their hearts.