It's coming!
Princess Eugenie will wed Jack Brooksbank tomorrow.
I'll be watching. I always watch milestones of history.
And it's uplifting to see two people promise to devote the rest of their lives to each other, before witnesses.

Wanna see . . . .
The dress!!
The horse & carriage.
A replica of the cake
The wedding guests in all their finery. The autumnal fashions will be a bit different to the summery attire we saw at other high profile weddings.


Do any of you have any autumn weddings to attend?

Vintage wrote:They told those that matter actually at the wedding, not something I would have done but there you go.
Eugenie already had to delay here wedding to accommodate Harry & Meghan's, them being senior ranked.

If it's true that she whispered her happy news to her friends and inlaws at the wedding, they certainly did not leak out the news, they were very discrete. Eugenie was not upstaged.

It's hard to keep a pregnancy a secret when you're at close quarters with your friends & family for the whole day, there are too many little giveaways. Plus her tummy was starting to look suspiciously big.

Good for Meghan to keep quiet till after the wedding. With her looks and popularity she could have easily upstaged the bride, all the cameras would have been pointed at her had she announced her pregnancy beforehand I think.

I remember (it's decades ago but a classic case of deliberately upstaging the bride) Raquel Welch arriving late to her sons wedding, sashaying into church in a black strappy dress, large sunglasses and big hat, looking like a beautiful dominatrix....she totally put the bride in the shade, which was of course her intention....bitch.

The look on the brides face after the ceremony speaks volumes. 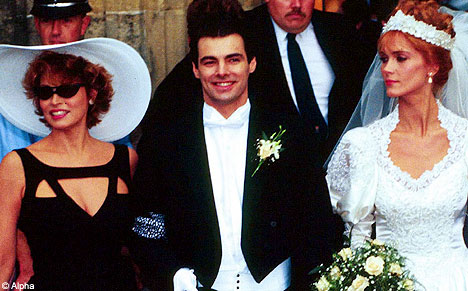 The rumour that Meghan broke the news about her pregnancy at Eugenie's wedding was surely a malicous pack of lies! No way would she just casually break such important news at a party, there is a strict formality in how these things are done. There is a due process and the queen HAS to be the very first to be told of all pregnancies, births, deaths, engagements before anyone else. Then she authorises the news to be released by her press office.


Queen Victoria used to have the doctors of her daughters & daughters-in-law report any missed periods to her - ie she always knew of their pregnancies from day one, literally. Queens are told everything.

The rumours about Eugenie's wedding date being ''delayed'' because of Meghan's seem to be a big fat lie too.

Ffs Eugenie & Jack have been together for ever. They were living as man & wife at the palace(s) long BEFORE anyone even heard of Meghan!

All that time [8 years together] they didn't get wed - what were they waiting for? There was absolutely nowt stopping them from marrying before Meghan arrived on the scene.

Today at 6:46 pm by Original Quill

Today at 3:29 pm by Victorismyhero