A girl with autism spectrum disorder (ASD) cried because she felt she had “let everyone down” when she received straight Ds on her school report for the second year in a row, but her dad found a great way to cheer her up.

Shane Jackson, from Tasmania, hated to see his nine-year-old daughter Sophie upset, so he made her a new report that highlighted all the things she is good at, including: being funny, loving dogs and, of course, being the best daughter ever. 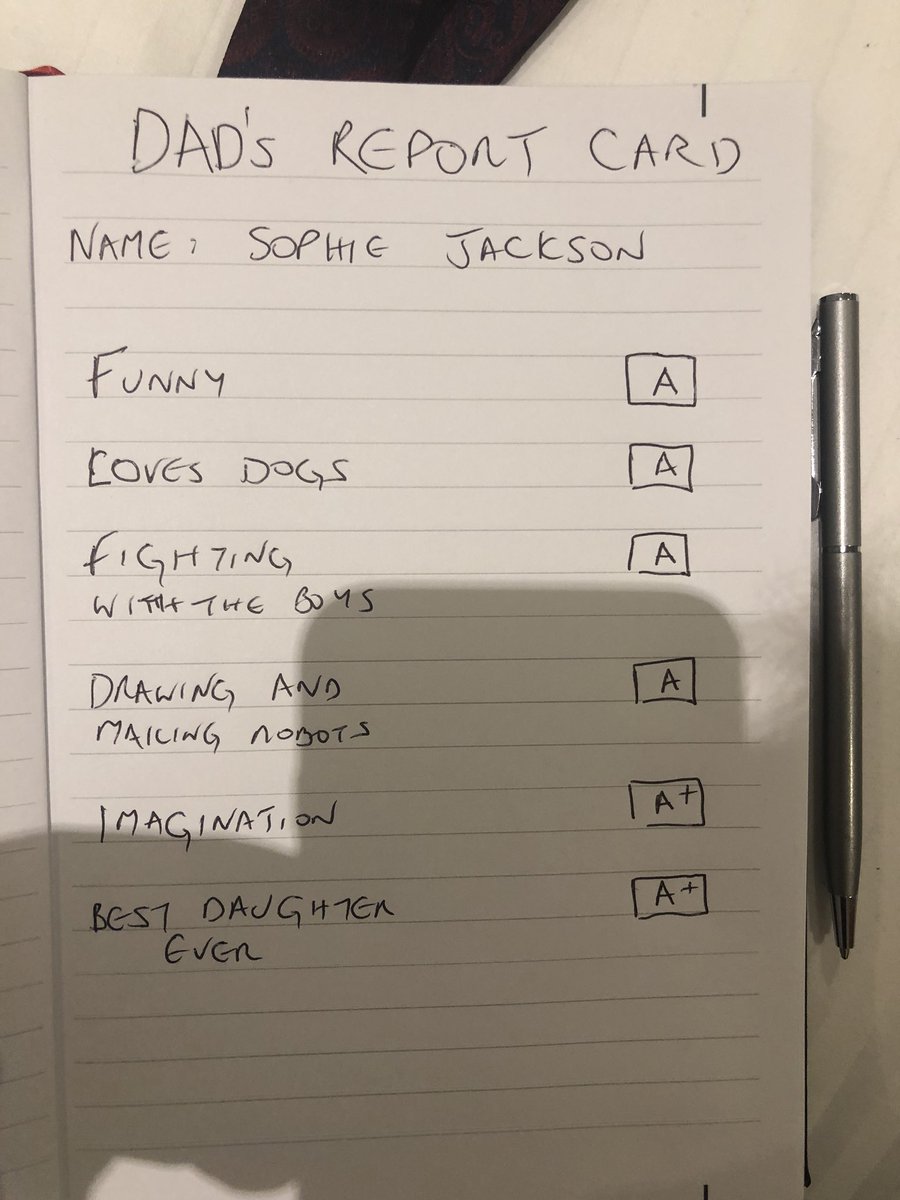 Sophie was diagnosed with ASD at the age of three. She is now in mainstream education and has being having after-school tutoring three days a week, after getting straight Ds in her report last year.

“She has been working so hard and we have seen some great out of school improvements. So we [Shane and his wife Fiona] and Sophie were really positive that there may have been some improvements,” Shane told HuffPost UK.


“Then Sophie received the report and she was just so disappointed because she had tried so hard and honestly thought that she may be at a higher level than last year. From our perspective we know she had tried hard and were very comfortable with her effort, whatever the report said.

“That’s when I thought I’d give a report of all the things that make Sophie unique and makes her, her. She loved it and has been so upbeat since I gave it to her, it has the effect I wanted.”

Shaane shared the report on Twitter because he believes it is “important to show others they are not alone” and Sophie has loved all the nice twitter messages he has been sent in response.

One person commented: “As someone with ASD, I can really empathise with this. One of my friends has medium-functioning autism and broke down after seeing his report card. I wish I could have done what you did. No-one deserves to feel like that. Ever.”

And a teacher added: “I love this. I am a special school teacher, have been since 1987. The biggest issue for me is the requirement to put square pegs in square holes in assessment due to the bloody national curriculum. I love the individual nature of my students and celebrate with them.”

Sophie decided to repay the favour and write her dad his own report too. We love that he managed to get an A+ for being the best dad ever, and an A in being annoying. Top work!

Shane said he’s been told a B for funny is meant to be “encouraging”. 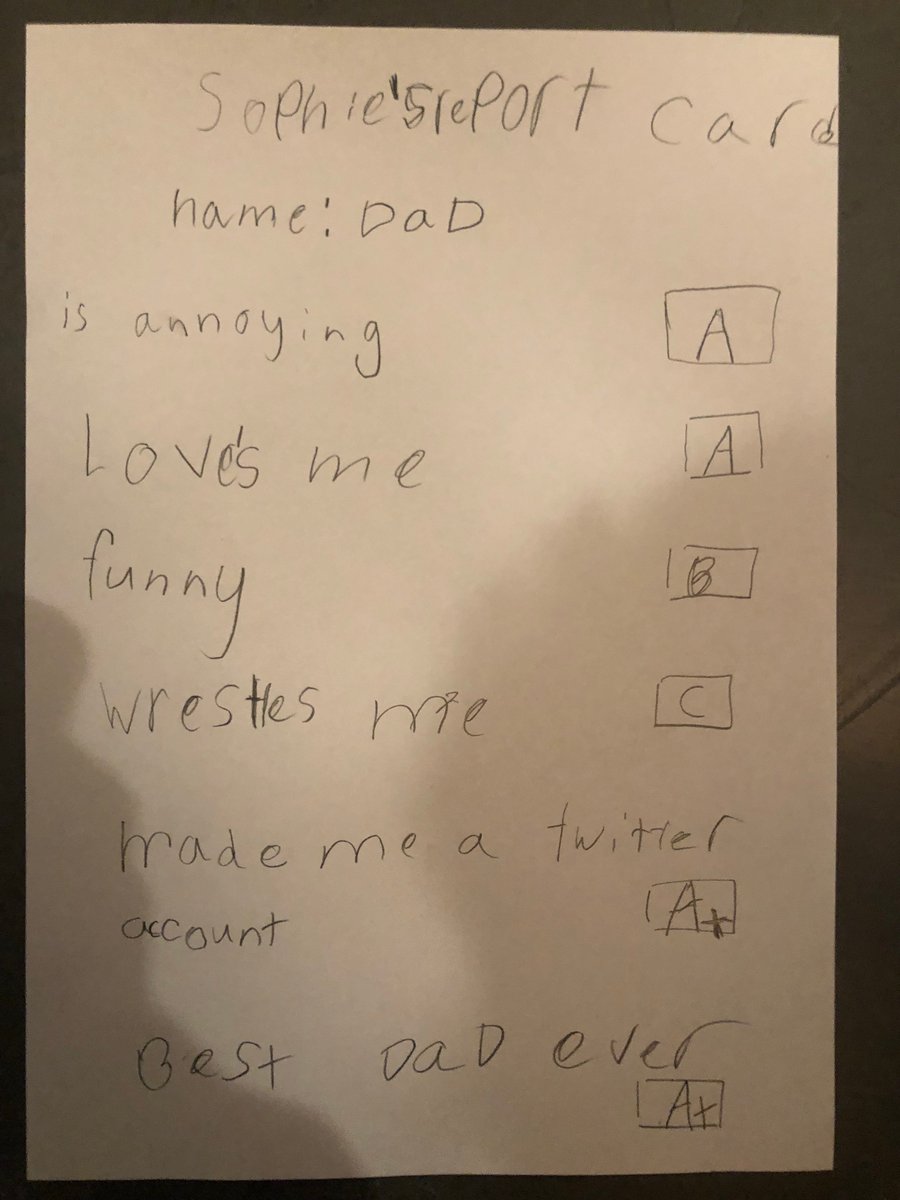