In a statement put up on their Facebook page the Palestine Solidarity Campaign claimed the following; 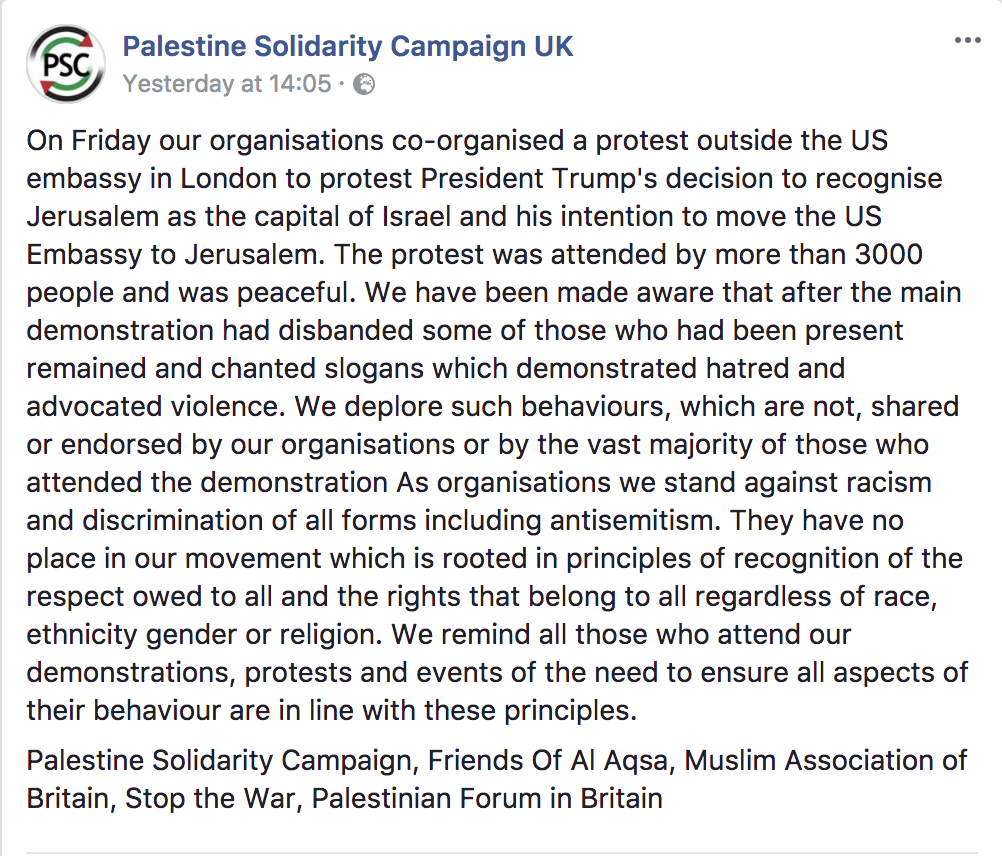 Unsurprisingly they’re lying. The chants took place throughout the demonstration. It’s not the first time they’ve refused to respond to the problems in their ranks. In fact it’s an ongoing theme with them. From David Collier’s report that they point blank refused to take seriously, to Tapash abu Shaim staffing their stall at Labour Party Conference (not to mention still being on their NEC) this is a movement that if it took serious action against antisemitism in its midst would have to clear out some its most important activists.
Here’s the proof that the above is just a lie: