The University of Oslo Center for Research on Extremism has published a report entitled Antisemitic Violence in Europe, 2005-2015 Exposure and Perpetrators in France, UK, Germany, Sweden, Norway, Denmark and Russia. If that documentary on antisemitism in Europe bent some noses out of shape, the findings here most certainly will. 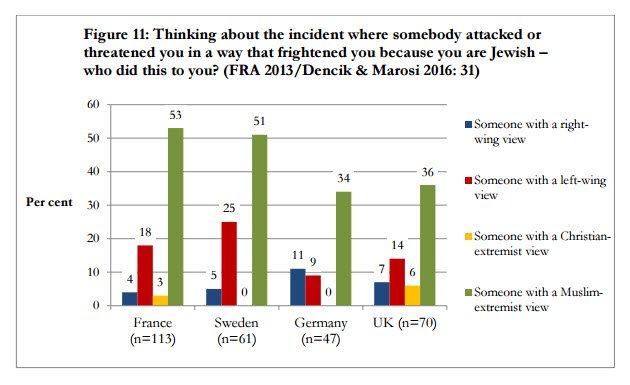 I can’t say I am surprised in the slightest. You need only have seen those recent Al Quds day protests to feel the same way. No doubt the Israel haters will claim this proves only that antisemitism is caused by Israel. Not so, concludes the report.