Harry Potter author in online spat after challenging journalist's claim that 'every trace of ethnic nationalism was expunged from party in 1970s':

JK Rowling is at the centre of a new online row after challenging the claim that there is no longer any anti-English sentiment in the SNP.The Harry Potter author caused a Twitter spat after questioning a statement by a journalist that “every trace of ethnic nationalism was expunged from the party in the 1970s”.
The hugely successful writer, who has been abused repeatedly by so-called “cybernat” trolls for donating £1 million to the Better Together campaign during the referendum, tweeted that it was “quite a claim”.
She asked the writer, Iain Macwhirter, a political commentator for The Herald, a question about the national make-up of those polled:


She makes some very valid points and rightly points out there is some decent Jocks in the SNP. Its clear there is a substantial amount of Jocks that are anti-English though.

Re: JK Rowling in Twitter row after questioning claim SNP no longer has 'anti-English sentiment' 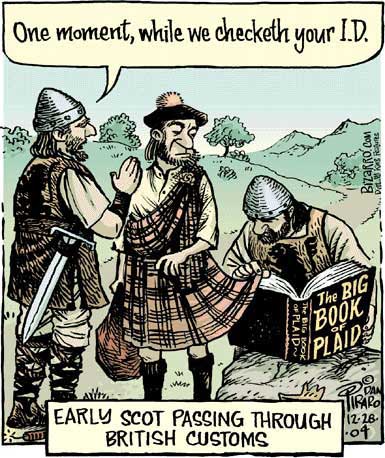 Page 1 of 1
Permissions in this forum:
You cannot reply to topics in this forum
Latest topics
» Illegal immigrant numbers crossing English channel in small boats is at record high

Yesterday at 8:01 pm by Maddog