Scientists have been surprised by the rapid cancer-fighting properties of a berry found only in Far North Queensland.

An eight-year study led by Dr Glen Boyle, from the QIMR Berghofer medical research institute in Brisbane, found a compound in the berry could kill head and neck tumours as well as melanomas.

An experimental drug derived from the berry, EBC-46, has so far been used on 300 animals, including cats, dogs and horses.

Dr Boyle said in 75 per cent of cases, the tumour disappeared and had not come back.

"There's a compound in the seed - it's a very, very complicated process to purify this compound and why it's there in the first place, we don't know," he said.

"The compound works by three ways essentially: it kills the tumour cells directly, it cuts off the blood supply and it also activates the body's own immune system to clean up the mess that's left behind."

There were no side effects, but what amazed scientists most was how fast it worked: the drug took effect within five minutes and tumours disappeared within days.

I wonder if nature provides a cure for every illness?  It's an interesting concept. 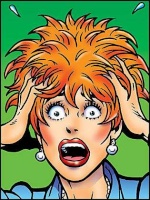 how long before some big pharma patents the tree and all its descendants....

victorisnotamused wrote:how long before some big pharma patents the tree and all its descendants....

Also it's Aussie and we said you cant patent DNA at all, Cause FUCK Monsanto.

Plus the lab is attached to the Royal Children hospital, I do not believe it is associated with big phrama at all.
_________________
My job is to travel the world delivering Chaos and Candy.

HAVE TO ASK yourselves, too, just how many other potential "miracle" cures, potential drugs, and superior industrial products have been forever lost ~ or are still on the verge of being lost at this very moment ~ because of the head-on and unfettered access to forests and jungles by mining/oil/gas companies, and the ongoing land-clearing for housing and farming, occurring all over the planet...

MADE all the worse again by the actions of corrupt governments; so-called "free trade agreements" giving wider exploitation rights to multinational corporations; and the current actions by mining companies, hired lobbyists, and billionaire supporters such as the Koch bros. & Ruppert Murdoch to destroy Environmental protections and guidelines..

AND to top it all off, the handing over of "corporate rights" over Genetic research and 'Genome sequencing' to private ompanies and individuals ~ instead of keeping this info' in the 'public domain' ~ is even further narrowing and hampering the potential for future research and discoveries in this area.
_________________
"When all the trees have been cut down,   when all the animals have been hunted,
when all the waters are polluted,   when all the air is unsafe to breathe,
Only then will you discover you cannot eat money."

veya_victaous wrote:
Also it's Aussie and we said you cant patent DNA at all, Cause FUCK Monsanto.

Plus the lab is attached to the Royal Children hospital, I do not believe it is associated with big phrama at all.

MONSANTO doesn't run the world, despite what a handful of conspiracy sites, sassy and her favourite social activist sites, and other scaremongers, may like to claim...

Monsanto is one of the five biggest "Agribusiness"/'big Pharma' corp'ns that have formed an alliance to lead their assaults and share their resources, against the world's farming and medicine-drug operations..

MONSANTO leads the headlines because of (a) their fights against farmers in Canada and the USA over "seed breeding rights", and (b) their spearheading the marketing of 'nicatinosoid" pesticides (even though GSK and Bayer are just as big in their respective markets..).

They may well control the North American continent and large swathes of Europe, but as veya has pointed out above - they still have to "come begging cap in hand" in many other countries !

HERE in Oz, research is most often done within Uni's, financed by various companies who want to license the manufacturing and distribution rights. The "big five" are often the enemy in this research trying to steal info' and creating "rights" and "patents" where they don't belong - and then spending more time lobbying and fighting court cases than they do in actual business activity these days !