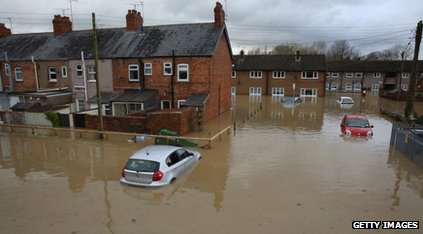 Climate change caused by humans has made the likelihood of extreme rainfall similar to that seen in England this winter significantly higher, according to analysis seen by the Guardian.

Rainfall events that would previously have occurred only once in a century are now likely to be witnessed once every eighty years in the south of England, the Oxford University work shows.

That will mean far more frequent severe floods for residents of the crowded region, with what were once extremely rare events now happening much more often than the infrastructure of the region is equipped for. The research shows an increase in the rate of such events of about 20 to 25%, which significantly alters the number of homes likely to be vulnerable to flooding.

Friederike Otto, from the university’s school of geography and the environment, said: “It will never be possible to say that any specific flood was caused by human-induced climate change. We have shown, however, that the odds of getting an extremely wet winter [in the UK] are changing due to man-made climate change. Past greenhouse gas emissions and other forms of pollution have loaded the weather dice so the probability of the south of England experiencing extremely wet winters has increased.”

veya_victaous wrote:but surely if England gets any wetter it would be a sea

Or at least a bog ... might be good for the Scotch industry

Don't you guys ever learn?

Don't you guys ever learn?

Yesterday at 11:17 pm by Original Quill

Yesterday at 11:03 pm by Original Quill

Yesterday at 5:01 pm by Original Quill

Yesterday at 3:52 pm by Original Quill

Yesterday at 12:26 pm by Victorismyhero