Peter Sutcliffe, the serial killer dubbed The Yorkshire Ripper, has died in hospital at the age of 74.

"Peter Sutcliffe, one of the UK's most notorious prisoners, was serving a whole-life term for murdering 13 women across Yorkshire and the North West between 1975 and 1980.

He was jailed in 1981 and spent several years at Broadmoor Hospital where he was treated for paranoid schizophrenia, before he was transferred to HMP Frankland in County Durham in 2016.

A Prison Service spokesman confirmed on Friday that Sutcliffe had died at University Hospital of North Durham, three miles from where he was an inmate.

He had contracted COVID-19 but is understood to have refused treatment for the virus."

"!Leeds in the late 1970s and early 1980s was a place of fear and suspicion as the hunt for one of Britain's most prolific killers dominated the city.

Six of the Ripper's victims were attacked in Leeds during a five-year period, and as the killings continued and the manhunt dragged on, every woman became a possible target and every man a potential suspect.
Between October 1975 and June 1977 Sutcliffe, who has died aged 74, killed Wilma McCann, 28, Emily Jackson, 42, Irene Richardson, 28 and 16 year-old Jayne McDonald in the Chapeltown area of Leeds - a fifth woman, Patricia Atkinson, had been killed in Bradford.

Ruth Bundey, a solicitor who lived in Chapeltown at the time and who later went on to represent some of the Ripper's victims, said the killings brought fear and suspicion to the city.

Speaking in the 2019 documentary series 'The Yorkshire Ripper Files: A Very British Crime Story' she said: "[There was] fear in the homes of ordinary people.

"Suspicion, looking at one's neighbours and thinking 'Could it be him?'.

"Anybody who had a car dropping a woman home would wait until you had seen the woman get up to her front door, go in and put the light on. And you wouldn't go away until that had happened." 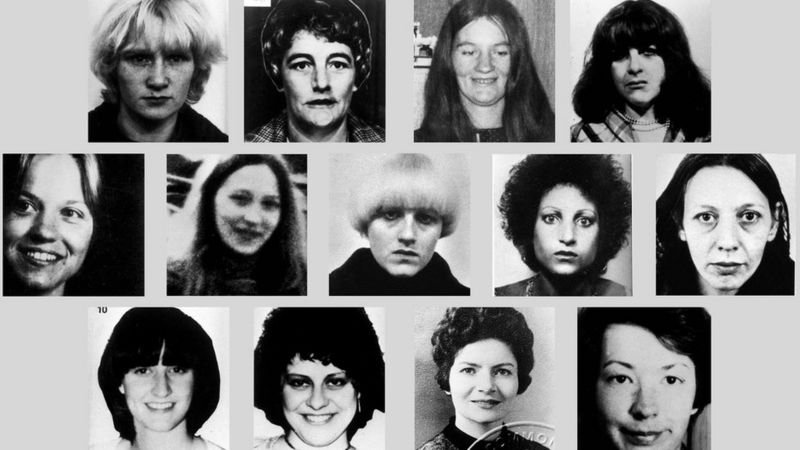 You know, we dont have these lunatics like we used to. I guess forensics have advanced where we catch these guys before they become serial killers.

I hope the bastard's departure from this mortal coil was neither merciful, peaceful, painless nor too quick.

And the idiot who pretended to be the ripper, provoking the police talking in a Geordie accent so he put the investigation on the wrong track enabling Sutcliffe to kill again, he doesn't deserve much praise either.

Wearside Jack is the nickname given to John Samuel Humble (8 January 1956 – 30 July 2019), an Englishman who pretended to be the Yorkshire Ripper in a hoax audio recording and several letters in the period 1978–1979.[1]

While the West Yorkshire Police were investigating the leads, Sutcliffe murdered three more women, and attacked two others.[2] It was only after Sutcliffe's confession that Wearside Jack was demonstrated to be a hoax.
ACC Oldfield took early retirement following what he considered to be a total humiliation; he died in 1985 aged 61.[14]
It emerged during Humble's own trial that Sutcliffe had told police after his arrest in 1981 that "While ever that was going on I felt safe. I'm not a Geordie. I was born at Shipley."

I wonder why he refused treatment? I like to think he wanted to rid the world of his evil.

Good riddance to Peter Sutcliffe, huge respect to the son of his first victim who reached out to Sutcliffe's brother when he heard he'd died, the brother had contacted the victim's son after he had written a book about his experience of having his mother brutally murdered and more or less slandered by the papers.
What happened to Wearside Jack? Was he prosecuted?


[size=76]Humble was released in 2009 after serving four years of his sentence. Humble was given a new identity as John Samuel Anderson.[/size]
[size=76]On 20 August 2019, it was reported that Northumbria Police had said that Humble had died at his home in South Shields on 30 July. He died from heart failure and the effects of his alcoholism.[/size]"
_________________
Not everyone likes me, but not everyone matters.

Page 1 of 1
Permissions in this forum:
You cannot reply to topics in this forum
Latest topics
» Jamaican criminal who won battle to avoid deportation from the UK after his release from jail is charged with a new murder eight months later