Clacton Labour candidate quits over 'Shylock' comment- But Read on, as There is more Racism to Learn here

Clacton Labour candidate quits over 'Shylock' comment- But Read on, as There is more Racism to Learn here

A Labour candidate has pulled out of the election race over using an anti-Semitic remark.

The Haringey councillor, who was standing in Clacton, Essex, said he did not realise the Shakespearean character was a Jew.

The Labour Party has not responded to Mr Bull's resignation.

A complaint about Mr Bull's use of the term was made to the party in July.

Mr Bull said it was "entirely false" that he had been referring to councillor Zena Brabazon.

He said: "I used an analogy when referring to a housing decision being called in by backbenchers.

"I was not referring to the councillor, who was not part of the call-in.

Gideon Bull, who’s quit as Labour’s candidate in Clacton for allegedly calling a Jewish cllr “Shylock,” once faced a complaint which claimed he said his constituents wouldn’t give up their homes for “ni****s” & “p***s.”

We’re told Bull also once had to apologise for referring to a black fellow councillor as “monkey.” Labour’s compliance unit surely knew about this (his “Shylock” comment is on p2 of Google search results) and yet still allowed him to be selected. 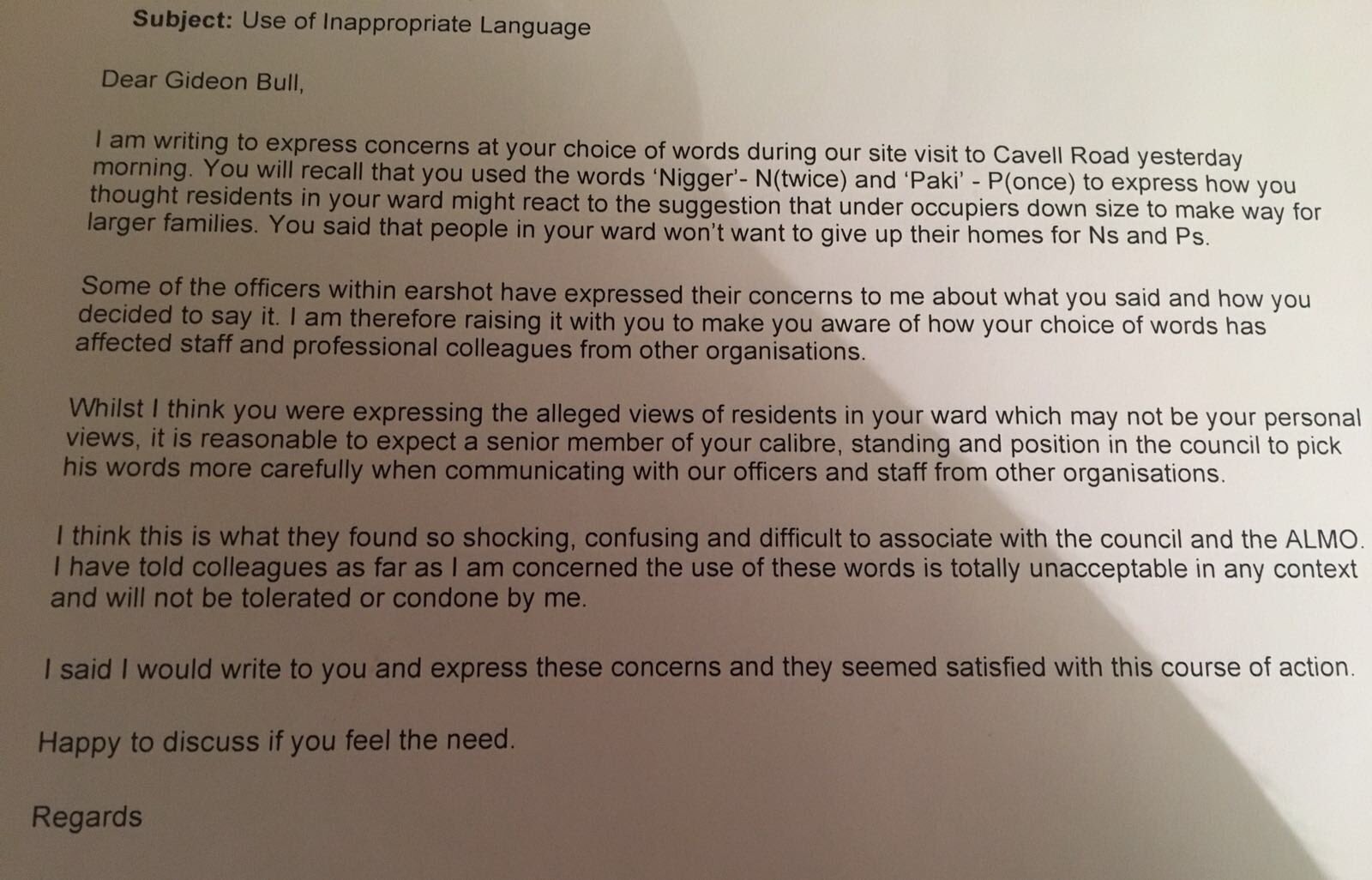 F
Dodge,  did you forget this

or were you just being selective?
_________________
I have never met a caring sharing and compassionate Tory.
Tories and far right wingers. All liars and only it it for themselves.

Andy wrote:F
Dodge,  did you forget this

or were you just being selective?

What has that got to do with this thread?

Happy for you to post that up as a thread, but is that a defense for this blatant racism?

I support the Liberals now, so by all means start a thread on that Tory

Page 1 of 1
Permissions in this forum:
You cannot reply to topics in this forum
Latest topics
» The good night and good morning thread