The Jewish Voice for Labour or for Antisemites?

The Jewish Voice for Labour or for Antisemites?

There’s a newish group in the Labour Party called the Jewish Voice for Labour.
We’ve covered them in previous posts.

Jewish Voice for Labour decided to have a friendly word in the ear of Elleanne Green.
She rewarded their efforts by posting their letter into the group for all to see. Here it is: 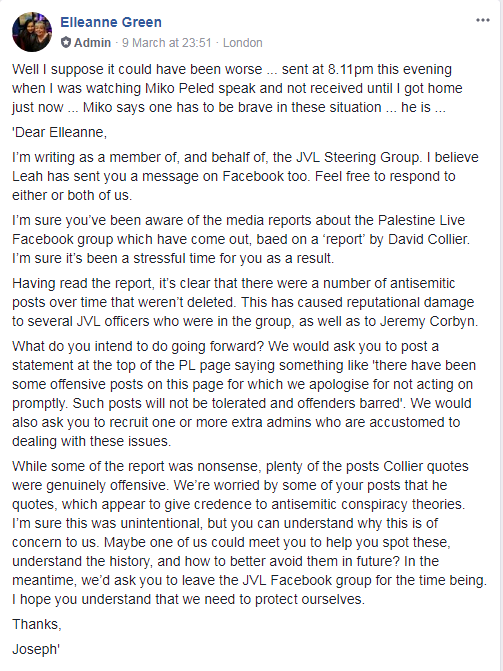 It’s interesting to note that while JVL are prepared to write to Green to ask her to remove antisemitic posts and state that such posts won’t be tolerated (she responded by making the letter public and taking no such action) their stated reason for doing so is that they have caused “reputational issues” for JVL officers. The objection isn’t the antisemitism in and of itself. Collier says this in his report and JVL have proved him to be correct.

As Arthur says in the letter, members of JVL are still present in the group even since the group was unmasked;

To make things more confusing Elleanne Green seems to consider herself a supporter of JVL. Note the JVL badge (and also the face of Ahed Tamimi peeping out of her bag): 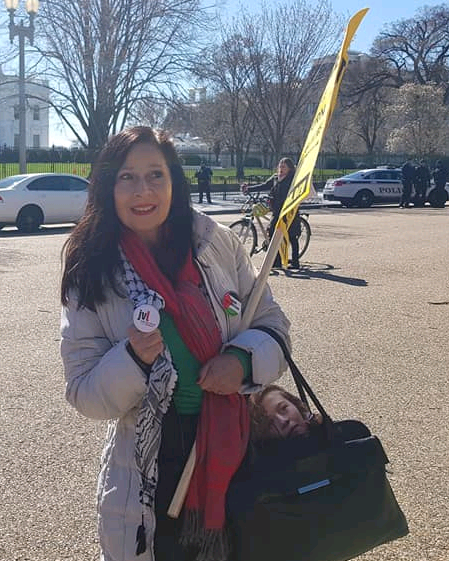 Presumably the “Leah” mentioned in the letter is JVL member Leah Levine. Here she is making a speech about how the Jewish Labour Movement don’t speak for her:

It turns out Leah was a member of the notorious Palestine Live group all along.
On Facebook she calls herself D’vorah Leah.

In one bizarre comment in the Palestine Live group she begins by (commendably) challenging an antisemitic post but is so tangled up on which part of antisemitic theory she agrees with and which she doesn’t that she ends up agreeing with the person she took issue with in the first place:

What’s the point in having a Jewish Voice for Labour if all they do is play nice with antisemitism?
Probably best not to answer that.