The immediate need for basic income in recognition of the effects of chronic stress and the importance of improving environments. Eliminating huge stressors like worrying about being able to afford food and shelter can do wonders for the potential of humanity.

I'm sure that's right. A good way to study this would be to compare the lives of people who've never needed money (trust-fund kids, basically) to those who lose everything if they lose their jobs.

All those Trump voters who thought he was going to do some voodoo and make power companies want to burn coal again, or make factories fire robots and Pacific Rim wage slaves, would actually be served much better and more realistically by a UBI.
_________________
"Got 16 days / got a bottle and a rosary

Evidence also indicates that socialists eventually run out of other people's money. 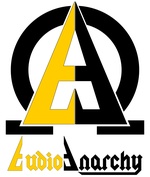 Bullshit...
Where's your mythical "evidence" for a supposed superiority of laissez-faire/free market systems..

In reality, it's the greedy merchants/industrialists/financiers that allow mass 'starvation'..
_________________
It's not what you look at that matters, it's what you see.
Our life is frittered away by details. Simplify, simplify.
The mass of men lead lives of quite desperation.
Henry David Thoreau

Evidence indicates that other people keep making more money, so I don't think it actually runs out

Well that presents a rather difficult obstacle for the leftist position that the rich hoard money, does it not?

If there is some never ending source of money to be had, then what's stopping the poor from acquiring some for themselves in some manner other than hiring the guns of the state to confiscate it for them?

After all, if the rich do as commonly accused and create monopolies that drive (or keep) commodity prices high so they can make their rapacious profits, why don't the poor swoop in and compete with them for market share?

The poor have the obvious advantage in this instance since they don't have the same overhead the rich have. So they should easily be able to compete with the rich, assuming the poor are just as intelligent, resourceful and physically capable as the rich.

For instance, let's assume there is a monopoly on apples and let's assume the Apple Coalition (a group of mustache twisting capitalist pigs) is purposefully holding the price of apples above what would otherwise be fair market value.

Let's also assume this just happened and all the poor people haven't yet starved to death from lack of apple sustenance....

Why can't a group of poor landowners (yes, they do actually exist) raise and sell their apples at a fair market price to other poor people? Why don't they? And what's to stop them?

How would the apple monopoly maintain its position in the market with lost revenues from poor apple sellers capturing the market?

There is but one thing keeping our hypothetical apple monopoly in place and that same one thing is the only thing stopping poor landowners from competing with the mustache twisting apple monopolists.

I mean... it can't be that there is a finite supply of money, otherwise your comment wouldn't be true.

So what is it?

Why for example cannot those liberal or Conservative implement the policy?

Seems to me you are avoiding the actual topic with misdirection off where "some " socialists have failed.

I don't care whether or not it is feasible.


Raping women could be considered a feasible method of getting sex for ugly men but that doesn't in any way justify the violation of consent.

bbeljefe wrote:I don't care whether or not it is feasible.


Raping women could be considered a feasible method of getting sex for ugly men but that doesn't in any way justify the violation of consent.

So you have no interest in the article and just used it to bitch about socialists with misdirection..

Cant ugly men pay for sex with prostitutes or even better like most people find people they love to spend the rest of their lives with?

I mean are you seriously claiming people who you find not attractive, cannot find people they find attractive?

So how would it be feasible your approach, when it would mean violating the individual rights of women and that there are options that don't violate rights? It seems to me you are arguing for a right for men to rape women.

Ah but you don't believe in rights do you, you just want the world to slip into anarchy and chaos.

Umm Sorry but the US state debt is much higher per captia than the more Socialist nations of Australia, New Zealand and Canada.
and More people in the USA starve. to suggest Capitalism is working let alone is the most effective is ridiculous just is look at the USA

That catch phrase is plainly Bullshit, the US corpocracy does fuck up the supply and demand curve and even if you have land (meaning you're not that poor) the cost of establishing an orchard are not insignificant.