Pope Francis has been quoted as saying that reliable data indicates that "about 2%" of clergy in the Catholic Church are paedophiles. The Pope said that abuse of children was like "leprosy" infecting the Church, according to the Italian La Repubblica newspaper.
He vowed to "confront it with the severity it demands".

But a Vatican spokesman said the quotes in the newspaper did not correspond to Pope Francis's exact words. The BBC's David Willey in Rome says there is often a studied ambiguity in Pope Francis' off-the-cuff statements. He wants to show a more compassionate attitude towards Church teaching than his predecessors, but this can sometimes cause consternation among his media advisers, our correspondent adds.

In the interview, Pope Francis was quoted as saying that the 2% estimate came from advisers. It would represent around 8,000 priests out of a global number of about 414,000.

While the incidence of paedophilia in the general population is not accurately known, some estimates have put it at less than five percent. "Among the 2% who are paedophiles are priests, bishops and cardinals. Others, more numerous, know but keep quiet. They punish without giving the reason," Pope Francis was quoted as saying.

"I find this state of affairs intolerable," he went on.

Re: Pope Francis: 'About 2%' of Catholic clergy paedophiles

Good on him for speaking about it.
_________________
"Do not be people without minds of your own, saying that if others treat you well you will treat them well, and that if they do wrong you will do wrong to them. Instead, accustom yourselves to do good if people do good and not to do wrong (even) if they do evil.” — Prophet Muhammad (PBUH) 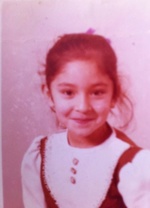 Yesterday at 9:28 pm by Original Quill

Yesterday at 4:56 pm by Lurker

Yesterday at 2:04 pm by Lurker

Yesterday at 1:36 pm by Victorismyhero

Yesterday at 12:17 am by Original Quill