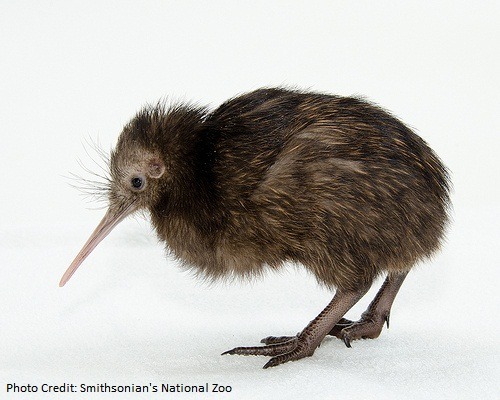 A report published Friday in the journal Science says DNA testing indicates the chicken-size kiwi's closest relative is the elephant bird from Madagascar, which grew up to 3 meters (10 feet) high and weighed up to 250 kilograms (550 pounds) before becoming extinct about 1,000 years ago.

The authors say the results contradict earlier theories that the kiwi and other flightless birds, including the ostrich and emu, evolved as the world's continents drifted apart about 130 million years ago.

Instead, they say, it's more likely their chicken-size, flight-capable ancestors enjoyed a window of evolutionary ascendancy about 60 million years ago, after dinosaurs died out and before mammals grew big.

Those birds, the authors say, likely flew between the continents, with some staying and becoming the large, flightless species we know today.

Alan Cooper, a professor at the University of Adelaide in Australia and a co-author of the paper, said the DNA results came as a huge surprise given the differences in size and location between the kiwi and elephant bird.

"This has been an evolutionary mystery for 150 years. Most things have been suggested but never this," he said. "The birds are about as different as you can get in terms of geography, morphology and ecology."

... which is the best lesson learned from things like this -- you can't always trust your first impression

... which is the best lesson learned from things like this -- you can't always trust your first impression

I'm sure I've told you I worked for the NZ Air Force out in Singapore.   When I left them I had three Kiwi plaques made to go up the wall like flying ducks (all the rage then lol)

On the back of them I had engraved