U.S. agency to probe Amtrak derailment that killed 3 in Montana

Sept 25 (Reuters) - At least three people died on Saturday and some passengers were injured after an Amtrak train derailed in north-central Montana, an official at the local sheriff's office said.

The National Transportation Safety Board said late on Saturday it will investigate the incident.

The Seattle-bound Empire Builder train had about 141 passengers and 16 crew aboard when eight cars derailed near the town of Joplin at about 4 p.m. MDT (2200 GMT), Amtrak said in a statement.

People trapped aboard soon after the derailment have all been taken off the train, said the official at the Liberty County Sheriff's Office, who spoke on condition of anonymity. 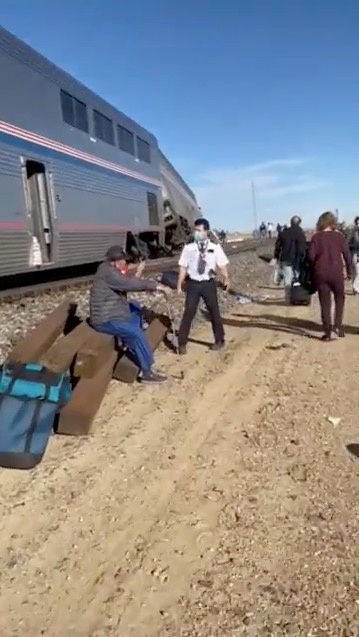 There were multiple injuries but no final count, the official added. A social media user posted photos of train cars on their side after the incident and other damaged train cars.

The cause of the incident was not immediately clear.

The 10-car train with two locomotives had departed from Chicago.

Oof. I remember Amtrak derailing in '88 during a family visit near where this happened, it was quite a ways east near Saco though. Warped tracks. I don't think anyone died though 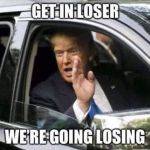 Caution wrote:Oof. I remember Amtrak derailing in '88 during a family visit near where this happened, it was quite a ways east near Saco though. Warped tracks. I don't think anyone died though

"Warped tracks," eh?  They are still looking for the cause of this one.  The tracks were just inspected last week, they say.  A casual inspection shows no obvious defects - but jump the rail, it did.

Trains have 'black boxes' like airplanes.  They are looking at them right now.  We should hear within a week.

I may or may not have passed through it 20 years ago, depending on which way I took to Crater Lake

An interesting article about the response to the derailment (link)

Page 1 of 1
Permissions in this forum:
You cannot reply to topics in this forum
Latest topics
» 19 elementary school children killed in mass shooting.

» Labour leader Keir Stammer can't answer the simple question of whether a woman has a penis or not...

» If you want a good laugh, watch this from a year ago..

» US Congress passes stimulus bill giving every American $600 and these little "extras".

» Woman Married Cat to Avoid Landlords From Evicting It

» I think I just created a family war scenario

» No of course they don't want to make us have RFID chips under the skin...

» Trump-supporting CEO says he has enough evidence of "election fraud" to imprison the overwhelming majority of Americans, including children