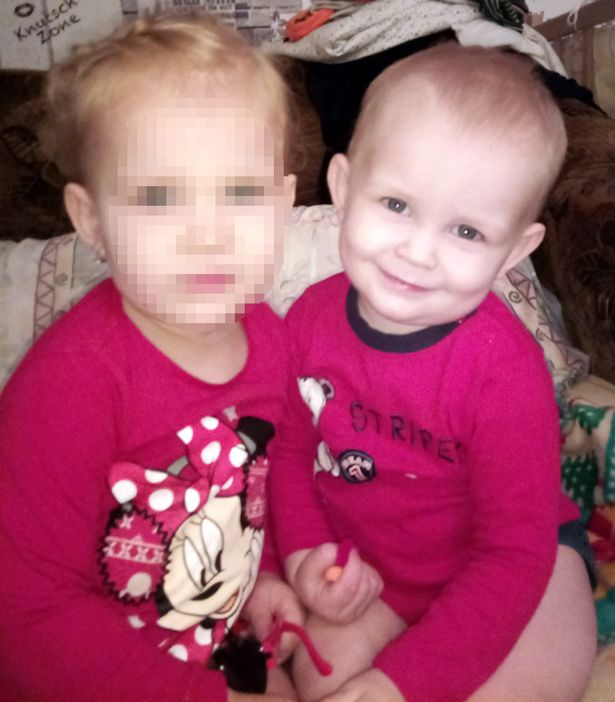 A mum laughed and clapped as she was jailed for leaving her one-year-old son to starve to death while she "had fun with her lover" and their new baby.

Vladislava Trokhimchuk, 23, abandoned her son Danill and daughter Anna, two, for 11 days without food or water in a house of horrors.

The children were so hungry they ate wallpaper and plaster covers, as well as their own excrement.

Trokhimchuk was jailed for eight years for the death of Danill - and the sentence has sparked outrage from critics arguing it was too lenient.

Anna miraculously survived by drinking water from a vase but was suffering from acute malnutrition when she was rescued from the flat.

Trokhimchuk was jailed for deliberately seeking to starve her infants and murder in the Ukrainian capital Kyiv.

Prosecutors said Danill died on December 3, 2016, and his sister was alone with his body for three days.

She intended to post pictures on social media in an appeal claiming one or both had a life threatening tumour in a sick bid to pocket money for herself, the Goloseevsky District Court heard.

The mother “tortured her children for profit”, reported Fakty newspaper.

After taking into account remission and the time she spent in detention after the December 2016 crime, Vladislava will be free in three years.

The toddlers could not leave their nursery-from-hell because a towel was wedged in the doorway to stop them getting to the kitchen.

Their teeth marks were found on the walls where they tried to eat wallpaper.

When the mother heard the sentence by live TV link to her detention cell she was seen laughing and clapping her hands.

Today at 5:26 pm by Original Quill

Yesterday at 5:38 pm by Lurker

Yesterday at 12:22 am by Original Quill