Upon waking up one morning, one man happened to notice that something in his home wasn’t quite right. He quickly deduced that his 18-year-old step-son had a lady guest who’d stayed over. The question was, however, how to handle the situation. Should he confront his step-son? Help the kid out of what might have been a tricky situation? Or stay out of it but tell the story step by step to the entire digital world? He chose the third option, and left us with this brilliantly funny Twitter thread to read over and over again. But was his step-son successful?

A young dad, who goes by the Twitter username of “Tricky D,” was put in an awkward situation when he saw that his stepson was trying to sneak a female friend out of the house. As a result, he decided to document the events on his account. 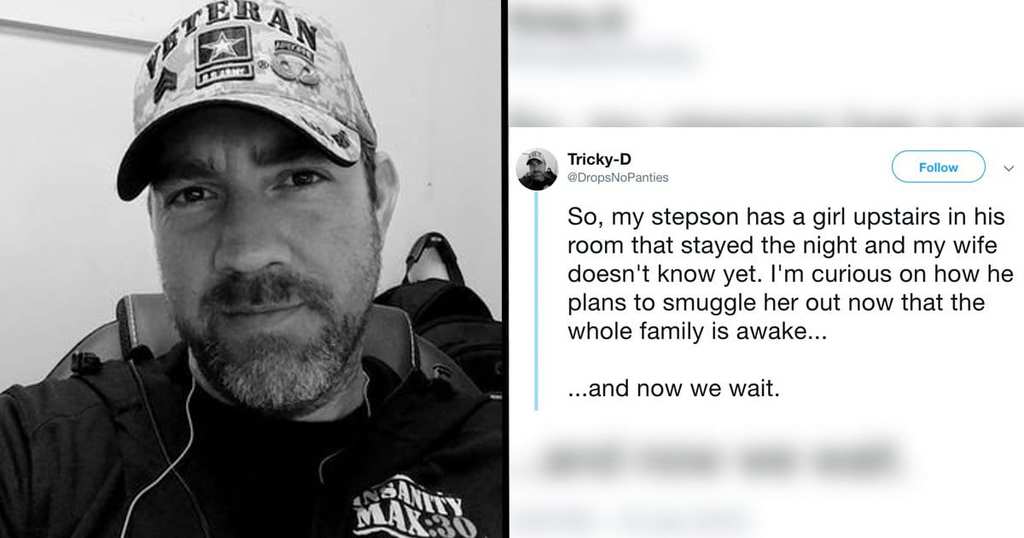 
It seemed like Tricky D knew that this was a scenario that many people on social media would be instantly intrigued by. And it all began with one cheeky Tweet.

Man With The Updates

Tricky-D has been on Twitter for a while now. So when he saw himself at the center of this hilarious situation, he could not help but share updates with the outside world. “People asking for updates: she’s still here, the wife has gone into full Saturday house cleaning mode,” he wrote. 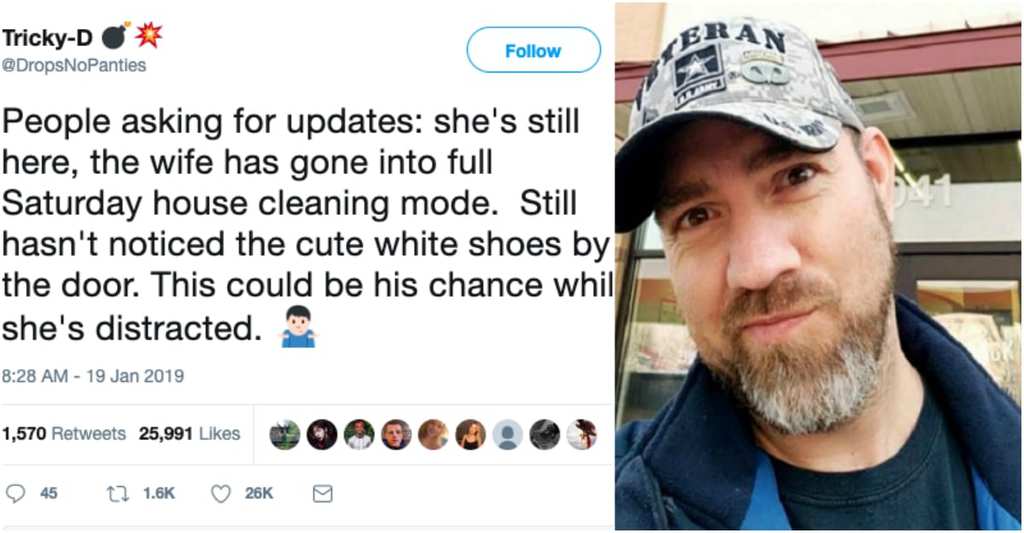 Man With The Updates


“Still hasn’t noticed the cute white shoes by the door. This could be his chance while she’s distracted.” Soon enough, he broke down each gripping detail in real time…


lol, more to rad on the link

Yesterday at 5:06 pm by Lurker

Yesterday at 4:38 pm by Original Quill