Is 2017 The Year That European-Style Antisemitism Arrived In The US?

Is 2017 The Year That European-Style Antisemitism Arrived In The US?

The hour of judgment shall not come until the Muslims fight the Jews and kill them, so that the Jews hide behind trees and stones, and each tree and stone will say: 'Oh Muslim, oh servant of Allah, there is a Jew behind me, come and kill him,' except for the Gharqad tree, for it is the tree of the Jews."
From Hamas Charter, as recorded in the Hadith collections of Bukhari and Muslim

It is no secret that there are Palestinian Arab imams preaching hate against Israel and against Jews. 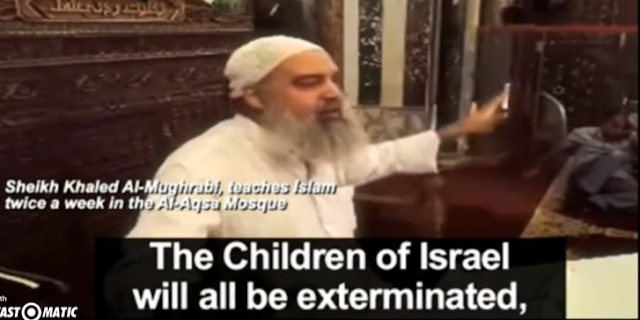 It is not even surprising that this preaching of hatred has expanded to outside the Middle East, and has found a home in Europe, where the favorite Hadith of Hamas can be heard, promising the death of Jews.


What is surprising is that last year Muslim Antisemitism, with all its vitriolic hatred, has found its way into the US. It is not as if Antisemitism did not already exist. It's just that generally it has not been as out in the open nor expressed as violently as we have seen it elsewhere.


After all, year after year we read the polls in the US showing much stronger support for Israel than for the Palestinian Arabs who seek the destruction of the Jewish state. We have gotten used to the idea that life for Jews in the US is different than what it is like in Europe.

Or maybe we have just gotten complacent.

Looking back, 2017 brought with it something that we are not used to. At the same time, the media, which started off 2017 acting as if it was on the lookout for any case of antisemitism, soon proved that it was only interested in cases of antisemitism that could be traced to Trump.

By the end of the year, we  didn't realize what hit us around the country.

For example, on July 21, Imam Ammar Shahin delivered a sermon at the Islamic Center of Davis, northern California -- inciting hatred against Jews:

More to read and listen to on the link