People Are Not Their Politics: As I Visited Russia, I Found We Have More in Common Than We Think

People Are Not Their Politics: As I Visited Russia, I Found We Have More in Common Than We Think

Current events have thrust two of the world’s superpowers into a period of mistrust, political animosity, and paranoia, with every new revelation leading to more suspicion. The situation is not unlike how it was when my American grandmother visited the Soviet Union 35 years ago. A series of letters she sent to my mother in 1982 detailed her feelings of uneasiness as she gently trod the cobblestone streets of the Kremlin, surrounded by a high military presence and hardened citizens who were “pushing and shoving people in a hurry to buy whatever was available in order for them to survive”.

So you can understand my misgivings as I traveled alone to spend one month in Russia.
I had met a 25-year-old Russian man named Timofey in Rome last year when I was backpacking Europe, and we had gotten along famously talking about our favorite box office flicks. Tensions were already simmering between Russia and the United States during the Donald Trump presidential campaign, so I was surprised that he was so compelled to befriend an American such as myself. I remember him, at the time, poignantly responding to my questions: “People are not their politicians.”

One year later when I was looking for a destination to spend my vacation days, Timofey said he would be more than happy to host me in Russia. I feel like a relatively seasoned traveler, but I was still nervous. Hollywood had consistently painted Russians as the scary, Arctic-dwelling villains of James Bond movies – and I was coming from a country that had exhibited more than enough hostility to provoke reciprocated aggression. A few days before my flight left for Moscow, the White House ordered Russia to close down its consulate in San Francisco, along with its two annexes in New York City, and Washington. 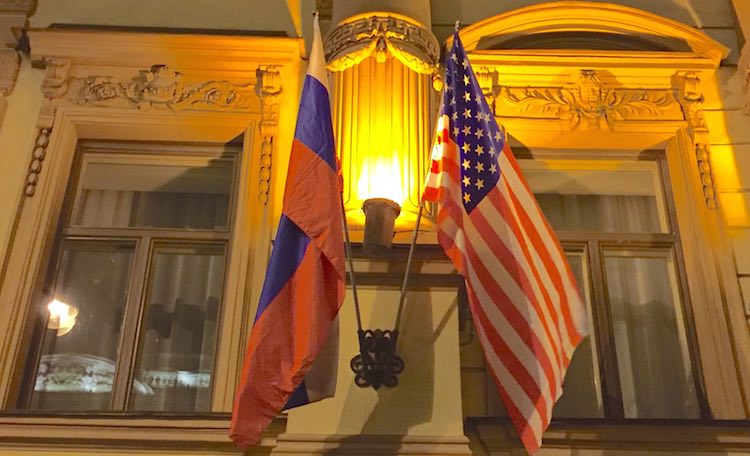 So, let me start by saying that Russians were some of the kindest people I had ever met in my life. I’ve experienced Southern and European hospitality, but the very folks that had scared me most turned out to be the most compassionate. Sure, there were some key differences that come with every culture, but despite what the media might have you believe, we have more in common than you think.

Compare our cultures, for instance. In St. Petersburg, a three-piece punk band had accumulated a crowd of spectators outside of the subway station by pounding out an impeccable cover of a Nirvana song (in English). I was invited by some young Russian travelers to join them in a riveting game of Jenga, and another couple caused me to snort beer out of my nose from laughter when they made fun of old people on Facebook. A married couple in their 30s invited my friend and me to dinner where we discussed our favorite Netflix series, including the most recent season finale of Game of Thrones. During our second night in Moscow, we were ushered downstairs into a basement dance party underneath our hostel where we were given free whiskey and kisses on the cheek.

When I told a Russian acquaintance that I had started reading Dostoyevsky before my trip, she insisted on giving me a book of his short stories; it was an old copy with a publish date from 1990. I finished it in a week and cried over the ending. We then repaid her by painting a picture of her and her husband’s wedding day. She now emails me roughly once a week with affectionate questions about how I’m doing and whether I am ever going to come back to the Mother Land.
Regarding politics, many younger Russians spoke about current events with the same air of disillusionment and sadness as the youth in my own city. Others would ask for my opinion on American politics – not so they could ridicule or oppose my viewpoints, but because they had never had the chance to ask a real Yankee.

Their friendliness felt familiar. When one hostel receptionist discovered I was American, her face shifted from curiosity to delight, and she asked if I could help her practice English. Another hostel worker expressed her surprise and wished me good luck on our travels. Fellow soccer fans would simply high five me whenever their home team scored. Cashiers would patiently wait for me to stutter out the few keywords necessary to explain whatever I was trying to do. 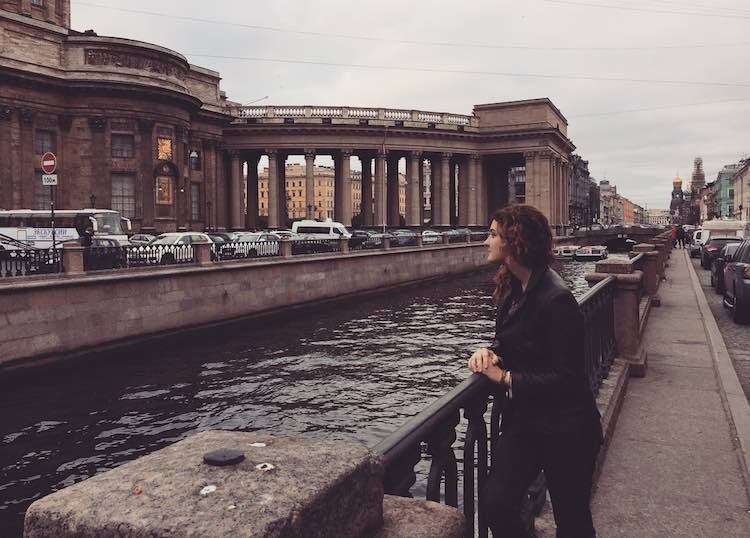 What caught me off guard the most was when Timofey and I were chatting about Russian movie characters. The conversation went something like: “Yeah, we love American movies, but why are Russians always the bad guys? Why are we always the drug runners and villains and criminals? Why can’t we ever be portrayed as good guys?”

Many of us have already heard this same complaint from Middle Eastern actors who are tired of getting pigeonholed as cab drivers and convenience store clerks – but the Russian stereotype caught me off guard.

Upon my suggestion, Timofey and I sat down to watch Guy Ritchie’s latest remake of The Man From U.N.C.L.E. For those of you who haven’t seen the movie, it is a delightful action flick about a charismatic American spy named Napoleon Solo being forced to team up with surly Russian agent Ilya Kuryakin in order to stop the Nazis from launching a nuclear warhead. By the end of the film, Timofey was smiling. Through his thick Siberian accent, he said: “This is how it should be – America and Russia, representatives of the world’s great nations, working together.”

After experiencing a month chocked full of friendly faces and history and art, I started telling my Russian cohorts that I worked for a relatively small news company and I had been planning on writing an article about the positive parts of their country. I was expecting some kind of skepticism, but they all really just seemed relieved that someone, somewhere on the internet, would be writing about their country without excessive negativity. 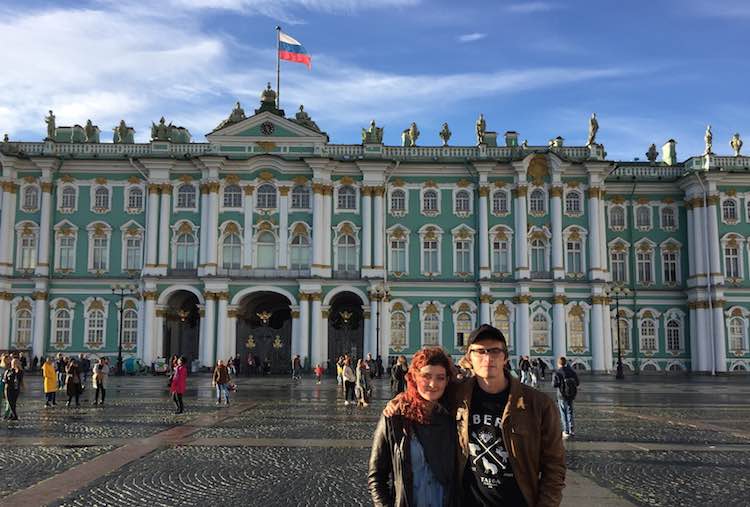 While some may want to paint Russians as enemies intent on destroying our culture and way of life, I experienced the opposite; Russian citizens aren’t the boogiemen that the media makes them out to be. Russians binge Netflix shows; they are annoyed by drivers who don’t use their turn signals; and most of them are just as tired of conflict as everyone else.

Russia is a rich, vibrant, complex nation of history and pride. Despite enduring some of the most tremendous hardships over the course of the last century, their humanity is displayed in some of the most glorious monuments and artistic treasures in the world.

This hit home with me as I read a paragraph that my grandma wrote detailing the glory of St. Petersburg seven years before the fall of the Berlin Wall. I never met my grandmother, but I’ve always felt the impact that she had on my brothers and I – even though she died of breast cancer before we were born.

She wrote: “Perhaps the most spectacular site was St. Isaac’s Cathedral, which can’t be described in mere words. We took no pictures because they wouldn’t do it justice. We were sitting in the sun opposite the cathedral when an old peasant woman wearing a heavy black wool coat and a balaclava on her head came along, stopped, looked with obvious reverence at the Church, made a quick sign of the cross and moved on.”

Despite self-consciously maneuvering Moscow and St. Petersburg under Soviet rule, she continued to write about the unparalleled beauty of Russia – and how, even though times were hard, their people could still be humble and welcoming of weary travelers. It’s comforting to know that even though it is 35 years later and political times have changed, the kindness of the people has stayed the same.

Page 1 of 1
Permissions in this forum:
You cannot reply to topics in this forum
Latest topics
» Happy hippy birthday to my beautiful wife, eddie!

Today at 9:36 pm by Original Quill

Today at 9:30 pm by Original Quill