This has a legal history in the U.S. People who wanted to teach schoolchildren that they were created, rather than teaching evolution, sought to circumvent the prohibition of religious indoctrination in schools by advancing "intelligent design" -- the idea that "we must have been designed by a creator, but by gosh, we're certainly not saying that creator was the Christian God (we're just strongly implying it)."

They even went to court to try to get intelligent design taught in science classes alongside the theory of evolution. Had they succeeded, they would have managed to instill in kids not only the idea that all life had been created (by some incredibly powerful being, no mention of God of course, but make your own conclusion) but also that evolution as a theory had some sort of competing scientific theory that was on equal footing, that was equally compelling and convincing and supported by evidence, as evolution in terms of an explanation for why there are so many different living creatures here on Earth.

So how did we manage to not teach kids that they were created, when the proponents of such teaching were so careful about leaving religion out of their supposedly scientific theory?

One book, Of Pandas and People, was the smoking gun.

Lawyers for the anti-design side in the U.S. court case Kitzmiller v. Dover Area School District obtained early versions of the book and later reprints.

Here's an excerpt from the earlier version:

"Creation means that the various forms of life began abruptly through the agency of an intelligent creator with their distinctive features already intact. Fish with fins and scales, birds with feathers, beaks, and wings, etc."

Later, it was edited to read:

This was sufficient evidence. However, the surfacing of the Wedge Document detailing the entire strategy for sneaking religious instruction back into American schools laid the whole plan bare.

Of course, this is not important if you believe that rather than being taught to investigate for themselves, children should on faith, on authority and on fear of eternal torture, accept religious teachings we as human beings have proven false with our own senses. But if you think ignoring what your own senses tell you in favor of accepting what authorities dictate is the way to go, you're probably a creationist.

Somebody here recently asked why science always has to be pitted against religion. Here's my answer, because science is discovery and trust in yourself and your own abilities, while religion is surrender and submission to dogma for no logical reason.
_________________
"Got 16 days / got a bottle and a rosary

You can say bollocks here, issarright

religion, the cause of more wars and deaths than anything else.

nicko wrote:religion, the cause of more wars and deaths than anything else.

How many people have been murdered by spreading the 'love of God'? It's the world's oldest paradox.
_________________
"Man will never be free until the last king is strangled with the entrails of the last priest."
- Denis Diderot

Lurker wrote:How many people have been murdered by spreading the 'love of God'? It's the world's oldest paradox.

Organised religion is a blight on society.

IDIOTIC DESIGN was and is nothing more than the repackaging and relaunch of 'Creationism' by extremist US-based Evangelical churches to try and circumvent the USA's Federal "Freedom from Religious and Neo-Nazi attacks on OUR Schoolkids" laws, in their misbegotten attempts at having their faith-based creationist clap-trap taught as "scientific theory" in state-run schools...

FUNNY how all their texts and charts and pretty dinosaur meets man pic's are EXACTLY the same for both presentations == the names did change, but their actual models both stayed exactly the same..

Just how thick are your average creationists ?

1.  In the human female, a fertilized egg can implant into the fallopian tube, cervix or ovary rather than the uterus causing an ectopic pregnancy. The existence of a cavity between the ovary and the fallopian tube could indicate a flawed design in the female reproductive system. Prior to modern surgery, ectopic pregnancy invariably caused the deaths of both mother and baby. Even in modern times, in almost all cases, the pregnancy must be aborted to save the life of the mother.

2.  In the human female, the birth canal passes through the pelvis. The prenatal skull will deform to a surprising extent. However, if the baby’s head is significantly larger than the pelvic opening, the baby cannot be born naturally. Prior to the development of modern surgery (caesarean section), such a complication would lead to the death of the mother, the baby or both. Other birthing complications such as breech birth are worsened by this position of the birth canal.  But then, maybe this too is done to dissuade folks from eating of the tree of life.

3.  In the human male, testes develop initially within the abdomen. Later during gestation, they migrate through the abdominal wall into the scrotum. This causes two weak points in the abdominal wall where hernias can later form. Prior to modern surgical techniques, complications from hernias, including intestinal blockage, gangrene, etc., usually resulted in death.

4.  The existence of the pharynx is a passage used for both ingestion and respiration, with the consequent drastic increase in the risk of choking.

5.  The breathing reflex is stimulated not directly by the absence of oxygen but rather indirectly by the presence of carbon dioxide. A result is that, at high altitudes, oxygen deprivation can occur in unadapted individuals who do not consciously increase their breathing rate. Oxygenless asphyxiation in a pure-nitrogen atmosphere has been proposed as a humane method of execution that exploits this "oversight".

6.  The human appendix is a vestigial organ with no known purpose. However, appendicitis, an infection of this useless organ, is a certain death without medical intervention.

7.  Barely used nerves and muscles, such as the plantaris muscle of the foot, that are missing in part of the human population and are routinely harvested as spare parts if needed during operations.

8.  Another example is the muscles that move the ears, which some people can learn to control to a degree, but serve no purpose in any case.

9.  The common malformation of the human spinal column, leading to scoliosis, sciatica and congenital misalignment of the vertebrae.

10. Almost all animals and plants synthesize their own vitamin C, but humans cannot because the gene for this enzyme is defective (Pseudogene ΨGULO). Lack of vitamin C results in scurvy and eventually death. The gene is also non-functional in other primates and in guinea pigs, but is functional in most other animals.

11. The prevalence of congenital diseases and genetic disorders such as Huntington's Disease.

12. Crowded teeth and poor sinus drainage, as human faces are significantly flatter than those of other primates and humans share the same tooth set. This results in a number of problems, most notably with wisdom teeth.

13. The structure of humans' eyes (as well as those of all vertebrates). The retina is 'inside out'. The nerves and blood vessels lie on the surface of the retina instead of behind it as is the case in many invertebrate species. This arrangement forces a number of complex adaptations and gives mammals a blind spot.  Six muscles move the eye when three would suffice.

14. Female orgasm is usually produced only by the direct stimulation of the clitoris. The clitoris is not typically stimulated during sexual intercourse.  Go figure.

These are only a few examples of theocratic screw-ups--those relating to the human being for the most part.  There are millions of others, proving either that we have a very stupid god, or he left it to chance.
_________________
“Little thieves are hanged, but great thieves are praised.” — Old Russian proverb, offered by Vlad Putin to Donald Trump, Helsinki, July, 2018. 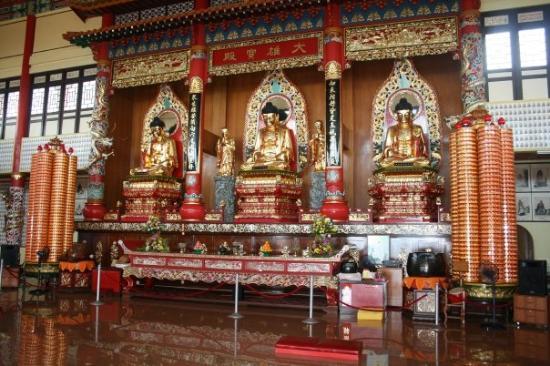 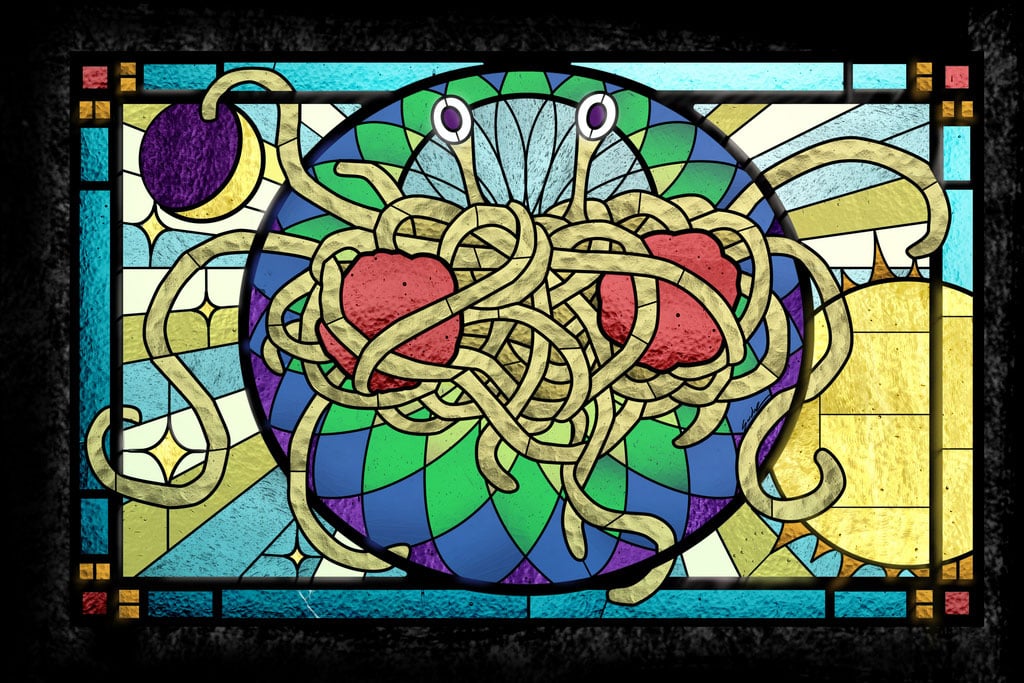 I know.  But those are the works of art of men, not god.

I despise the thought of a bearded old man who sits on clouds and performs magic tricks for the ignorant and young.  Yet I am an elder in the Presbyterian church.

I resolve this by pointing to the fact that Christ was also the founder of Christian charity, in which I do believe.  Christ, I believe, only embraced his messiah status, and all that family begatting, in order to establish his cred in the neighborhood...which I can understand.  His real contribution was to the liberal tenets of community and care for the fellow man.

I do dearly love Marria Callas.  But Ave Maria should be sung by a tenor, not a soprano.  It's a man singing to the blessed virgin.

@ben
they also destroy them I despise the thought of a bearded old man who sits on clouds and performs magic tricks for the ignorant and young.

so is it Odin or Zeus you dislike

I despise the thought of a bearded old man who sits on clouds and performs magic tricks for the ignorant and young.

so is it Odin or Zeus you dislike

Can you imagine believing in any of that?  A person's gotta be stupid.

But I do believe that Christ had a humanist mission that is/was quickly lost.  The RC Church quickly turned it into a fortress for the benefit of the privileged. Pogo was right.

Page 1 of 1
Permissions in this forum:
You cannot reply to topics in this forum
Latest topics
» Why guest posts must not be allowed.

Today at 7:33 pm by HoratioTarr