The dramatic fireball that lit up skies over the U.S. East Coast Friday evening (March 22) was caused by an asteroid just 3 feet (0.9 meters) or so wide, scientists say.

Such boulder-size asteroids slam into Earth's atmosphere every two or three days, so Friday's "Manhattan meteor" — which shone as brightly as the full moon and was apparently visible from Maine to North Carolina — isn't a terribly rare event. But the sensation it created on Twitter and other social media outlets is understandable nonetheless, said NASA meteor expert Bill Cooke.

"When you have something like this occur at 8 o'clock at night over one of the most populated regions of the United States, it's going to get people's attention," Cooke, head of the Meteoroid Environment Office at NASA's Marshall Space Flight Center in Huntsville, Ala., told reporters today
http://www.space.com/20362-east-coast-meteor-asteroid-size-nasa.html

Last fall I was out for a walk one evening and I saw a fireball -- no mere shooting star, the usual bright white streak that lasts a split second, but a meteor that I watched for several seconds with a clearly identifiable fiery streak behind it. It was so cool! It looked a bit like this:

It was a worry when I heard about it, after what happened in Russia. Really pleased no-one was hurt!

Agreed! Funny how we've been seeing so many of these lately. Something must have gotten destroyed somewhere in space in a way that sent little pieces of debris flying at us.
_________________
"When I look into your eyes, your love is there for me
And the more I go inside, the more there is to see ...

I've seen shooting stars but never a meteor. That would be cool! 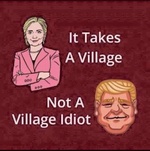 when i was a very young teenager i saw a fireball in the middle of the day. and it was huge. i thought it was a helicoptor on fire and i ran in the direction it was heading but lost sight of it after i went beside a neighbors house to get another look at it. i could see the fire coming from it. i saw actual flames. very close it was.

I would not want to be to close to one. They could do a lot of damage!

Wish you had a picture to show us. @Johnboy