IT’S called the chicken from hell: a birdlike dinosaur some 2 meters tall that weighed around 226 kilograms when it roamed western North America on its long, slender hind legs.

The beast got its nickname long ago at the Carnegie Museum of Natural History in Pittsburgh, where a replica of its skeleton has been on display for a decade.

But the species has had no scientific name.

The creature was formally introduced to the scientific community last night as scientists published a description and analysis of its anatomy, and finally bestowed a name: Anzu wyliei. The moniker comes from a mythological feathered demon plus the name of a Carnegie museum trustee’s grandson.

Anzu had a toothless beak and a crest on its skull like a rooster’s comb, combined with long arms and sharp claws up to about 10cm long. It apparently also had feathers over much of its body. 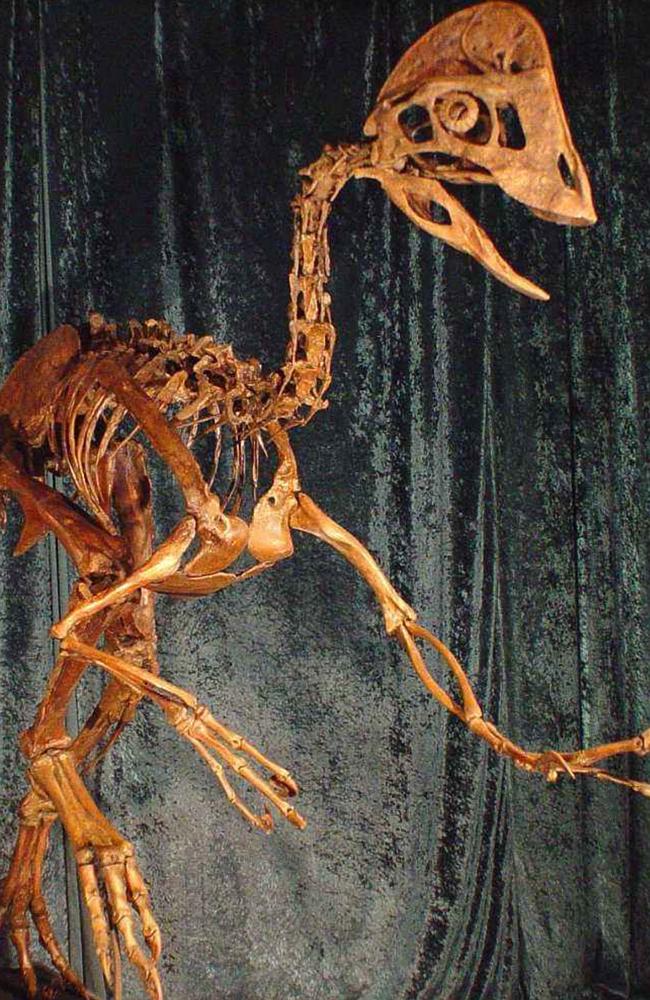 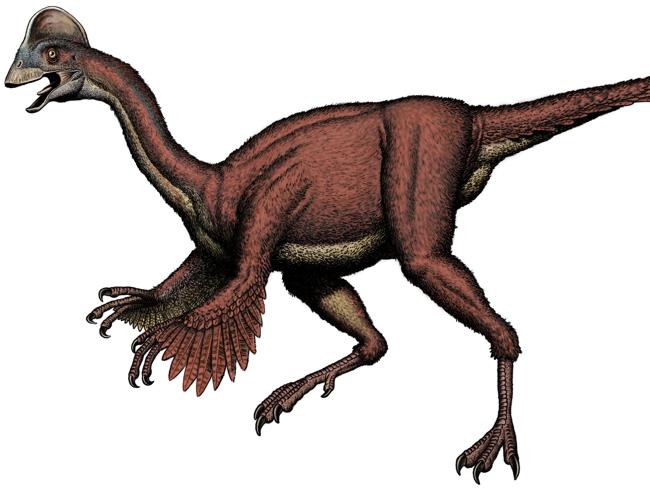 Oh man ...thats some bug ugly turkey...but mmmmm...what a meal off THAT drumstick

Today at 4:19 pm by Original Quill

Yesterday at 11:20 pm by Victorismyhero

Yesterday at 8:45 pm by Original Quill

Yesterday at 4:15 pm by Maddog