Our world is sitting on a time bomb.

According to a United Nations report, climate change is poised to decimate the global food supply, with agricultural production expected to decline as much as 2 percent each decade for the rest of this century. Meanwhile, the world population will only increase, almost certainly driving up demand for these crops by as much as 14 percent every decade. That means food prices will soar, communities plagued by hunger will go even hungrier, and, many experts fear, countries will fight for food, just as they have for oil.

The good news is unorthodox companies like Adaptive Symbiotic Technologies are working to reverse this harrowing trend. The Seattle startup, founded in 2008, has developed an organic seed treatment it calls BioEnsure that allows agricultural crops like rice and corn to withstand severe droughts and extreme temperatures. It’s based on fungi that company CEO Dr. Rusty Rodriguez and his wife, Dr. Regina Redman, discovered some 20 years ago, that enables plants to grow in extreme heat.

Millions of Condoms dropped from Aircraft all over countries with rising birth rates.

THAT story is looking suspiciously like not much more than a half hearted advertising spiel for those inventors trying to raise more capital to build their company...

IF they were serious about saving the world, rather than simply building their own bank accounts, then SURELY on would expect them to be pushing their product on those regions that really need such promises ~ not keeping in the USA, where they can charge double and triple for their services..   ::=|Q::

THREATENED and Semi-Arid regions in Africa and the Middle East, Asia, Eastern Russia, Chile and Peru, Western Australia and South Australia, would be all crying out for such promised cropping boosts ~ if they work as predicted..

WHAT their technology won't do alone is to solve any looming food shortages ~ population control still remains the only long term solution.

THERE is simply no way that this planet can sustain a population of over 10 billion humans over the long term ~ not without destroying their environment in the process.. 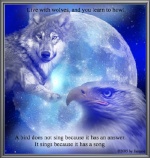