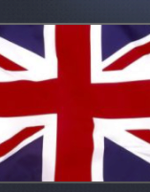 Re: Australians Poor Treatment Of Aboriginals

Yes We have Right Wing Hillshepherd scum too (you now there are Aussie like you major, there is less of them but they do exist but they are old and gonna die soon, like the brexiters ironically)


Generally Aboriginals in cities are treated like everyone else.

actually that article is SO bad, like the racist thorin it acts like Most Aboriginals live in the desert (all the examples it gave were from the North territory) the entire population of the Northern Territory (all races) is less than Blacktown which is just one District in Sydney.
It is undeniably one of the hardest places on the planet for humans to survive (which is why there is so few people there)AND those aboriginals are living the tradition aboriginals life, which doesn't have heath care of hospitals.

IT is an example of the Anglo's Hypocrisy. We should "give them complete sovereignty" which implies leaving them to their own devices AND we should take complete control of their society and "introduce all the Westernized institutions that are completely incompatible with a nomadic desert peoples"
_________________
My job is to travel the world delivering Chaos and Candy.